We’ve been mesmerized by the COVID-19 pandemic for months. New problems have become apparent, but the old ones have not gone away. For all the talk of green recovery, the climate crisis facing planet Earth remains acute. In this special article, the Extinction Rebellion Art Group reflects on the part played in this, for good or ill, by creatives.

It used to be great, being a creative.

That’s what we told ourselves, anyway.

We might not’ve lived in the lap of luxury, but we did alright. And we got to think. And be clever. The spreadsheet people, they might have had the bonuses, but they didn’t make people laugh. They didn’t win hearts and minds.

People relied on us to tell them what was what. It was pretty amazing.

Plus, being creative was fairly low-rent in the grand scheme of societal evil. We got paid to not be plod, or a squaddie; we weren’t door-knocking for illegals. We were writing and drawing and designing and bringing ideas to life. We brought joy, we solved problems. We didn’t actually shoot the bolt into the pig’s head.

We saw what the end of the world looks like.

The Amazon started burning. There was something about fires in Africa. Same with Siberia, but there’s nothing in Siberia. And California’s always on fire in the summer right? Anyway… look over here! Other things!! Brexit! Antisemitism in the Labour party! Cambridge Analytica! 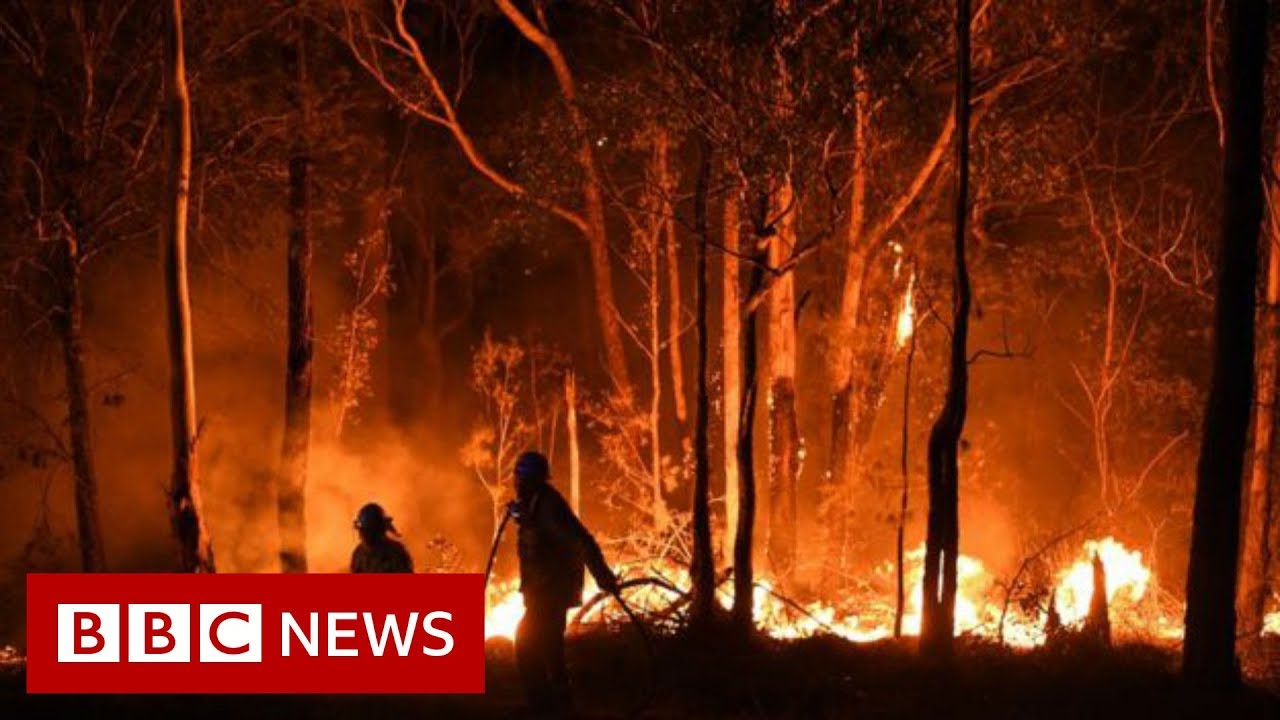 And then there was Australia. An area the size of southern England on fire. We saw people living lives that looked like ours, cowering on beaches under Stranger Things skies. A billion animals dead.

And even though we immediately turned away, we’d seen. We knew. But it was OK, right? Because the Intergovernmental Panel on Climate Change said we had a few years to turn things round. And they’re scientists.

They’ll tell you about how both poles are melting far faster than anyone imagined. The ‘third pole’ – the Himalayas – too. They’ll tell you how losing reflective white ice increases absorbent dark water or land, increasing the rate of temperature rise and creating a what’s known as a Feedback Loop. About how there’s a Feedback Loop that begins in the fires and deforestation of Africa and ends in the apocalyptic scenes in Australia.

If you talk to Professor Hans Joachim Schellnhuber – advisor to Angela Merkel and the Pope – he’ll tell you: “climate change is now reaching the end game… the issue is the very survival of our civilisation.”

Yangyang Xu and Veerabhadran Ramanathan, writing in the Proceedings of the National Academy of Sciences of the United States of America, believe that there is a one-in-20 chance that the human race will become extinct. “We would never get on a plane with a one-in-20 chance of it coming down, ” they say, “but we are willing to send our children and grandchildren on that plane.”

And as the ice melts and the seas rise, hundreds of millions of people risk being displaced from coastal towns and cities. From New York to Amsterdam, Shanghai to London. This is not scaremongering, this is real.

It gets worse, because climate is only part of the issue. Our existence depends on the complex web of biodiversity which is vanishing before our eyes. Our oceans are acidifying, our soil is depleted; we are infected by pollution; our animals are dying. The pollinating insects that are essential to food security are dying.

Others, inevitably, will tell you different. “This is a time for optimism” says Donald Trump. “To embrace the possibilities of tomorrow” he says, ”we must reject the perennial prophets of doom and their predictions of the apocalypse. They are the heirs of yesterday’s foolish fortune tellers.”

Closer to home, Boris Johnson says “Extinction Rebellion should look at some of the things this Government is doing to tackle climate change and support us.” Things, presumably, like the multi-billion pound no-strings bailouts for car and airline companies. Things like the multi-billion pound HS2 white elephant that will destroy ancient woodlands to shave a few minutes off a London – Birmingham journey.

Trump and Johnson aren’t alone. The fossil fuel industry pumps millions every year into climate propaganda and lobbying. The car industry trumpets a new age of electric vehicles, sparking a rush for the lithium that will power them; politicians talk of fantasy technological solutions as if they are just around the corner. Media outlets like the BP-funded Tortoise seek to legitimise climate doubt, Tufton Street think tanks cheerlead for market forces and Prevent terror watchlists. All to support the status quo, the notion that there is only one way.

Kevin Anderson, Professor of Energy and Climate Change at the University of Manchester, and Deputy Director of the Tyndall Centre for Climate Change Research succinctly sums up the dirty-money-supported spirit of denial optimism. “We will rather question physics” he says, ”than the economic model.”

But we must question that model. And we must question the role we play in it. For we ARE complicit. We have written and drawn and designed this crisis. We have brought this emergency to life. In our adverts and our packaging, our comms and our guidelines; in brochures and films and banners, in logos and values and virals, we have filled our world with innumerable things and immeasurable stuff. We’ve stoked a culture of ever-growing consumption, enabling extractive capitalism to take over the world.

This IS our emergency. What is happening to this planet is caused by humans. By an endless hunger for natural resources. By our farms and our flying, our deforestation and our plastics; by the burning of fossil fuels and our disregard for the plants and animals with which we share this planet.

A virus showed us what a different world could look like. A slower world. A kinder world. A world where the hamster wheel stops.

We saw too those same climate optimists lie their way through the sacrificing of their societies’ most vulnerable at the altar of the economy.

And the world woke up to white privilege. And we designed ads and fresh memes and it was OK again for a minute, wasn’t it?

But what has really changed?

Those same climate optimists are heralding new deals but offering meal deals. Black Lives Matter protests continue, unreported, as the rolling news agenda moves on to new ’news’. The climate scientists say Paris is dead, and nobody hears them.

If you are a designer or writer or illustrator it’s time to REFUSE to design or write or illustrate for toxic clients.

If you work in production, it’s time to REFUSE to organise on a high-carbon business-as-usual basis. It’s time to make decisions based not on cost, but what is necessary for the Earth. And if your CEOs won’t listen, it’s time to organise a rebellion at your workplace.

If you are the boss, RESIGN the toxic clients. Once someone has the ovaries to do it, others will follow.

If you work in an agency that has fossil fuel or war or cars or airlines or FMCG or big data or processed food or finance on its books, it’s not good enough to pat yourself on the back for not directly working those accounts.

It’s time to grow a backbone. 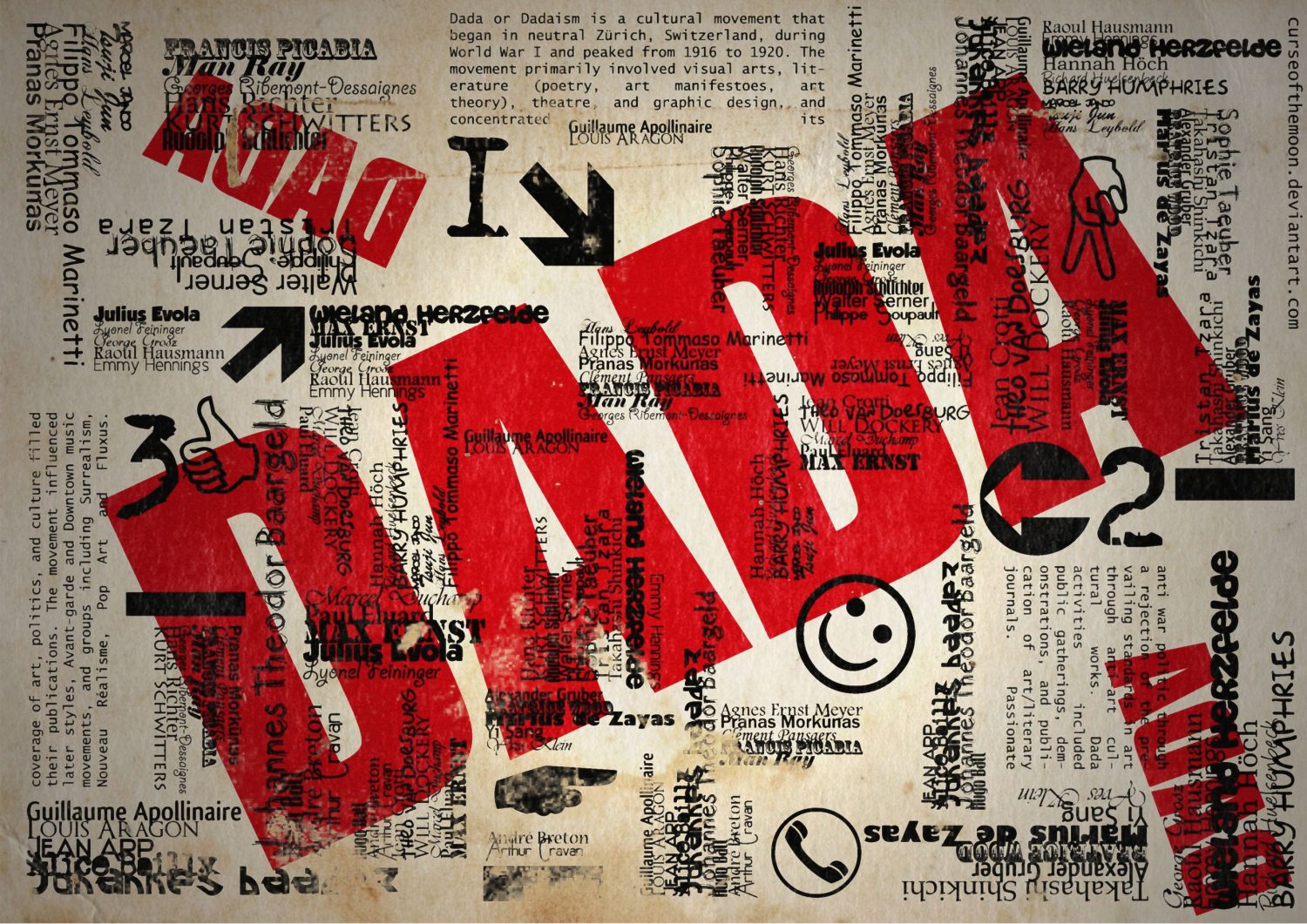 It’s time to channel Dada and the Bauhaus. William Morris and Milton Glaser. It’s time to be Haring. Paolozzi. Time to start your own Atelier Populaire.

It’s time to join in unity and say WE WANT TO LIVE.

This time, be the change you want to see. Because there is no time.