Transcript of the introduction by production designer Alex McDowell of the screening of Fight Club at HOME as part of the DM16 film season on 16 October 2016. You can view Alex’s introduction here. 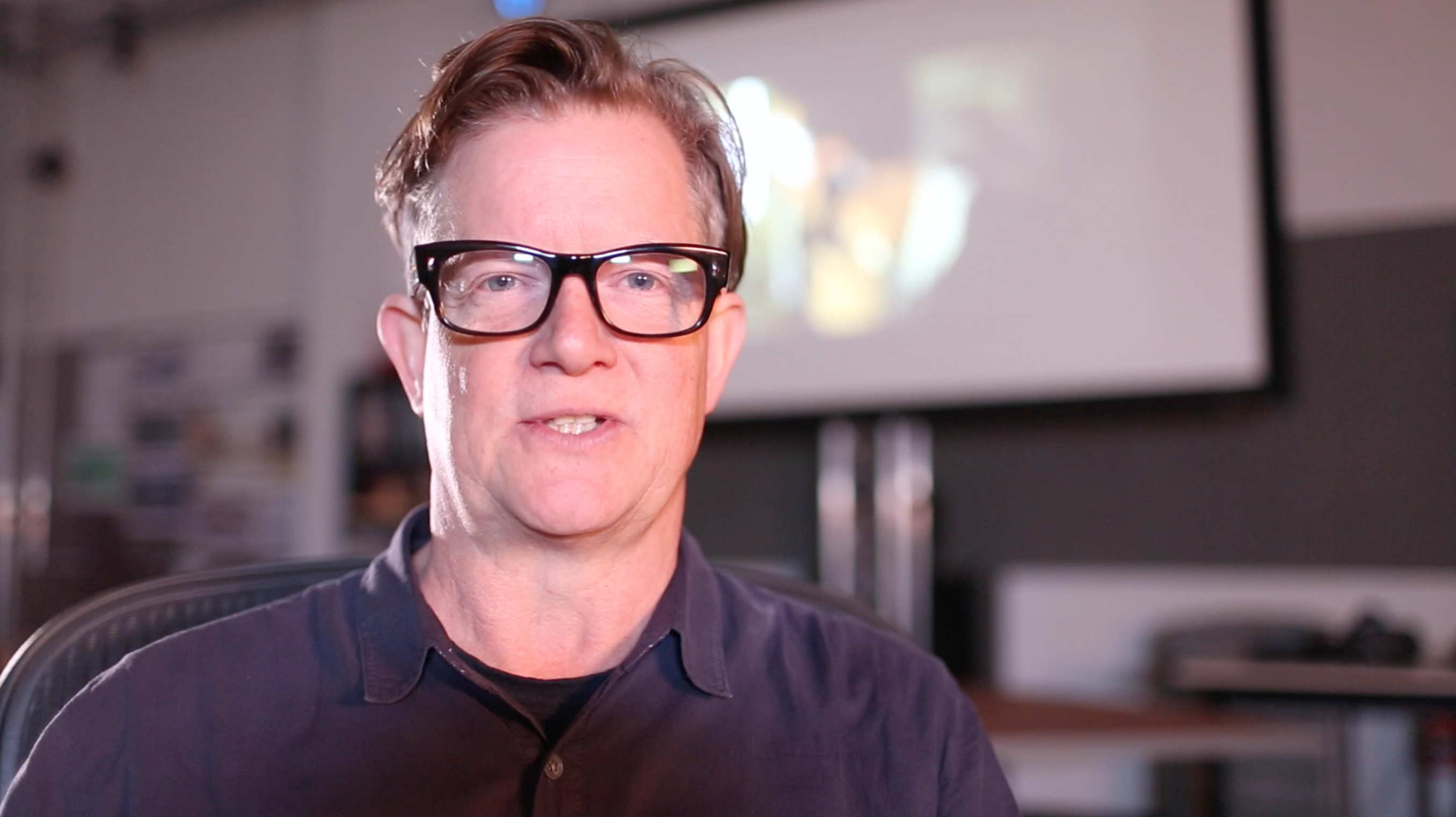 I was a painting student in 1975 at Central School of Art in London, responsible for booking gigs along with Sebastian Conran. A young man walked in and said, “Do you want a band to play for free tomorrow night?” The next night, the Sex Pistols played their first gig, and my life changed.

So then I started working with bands, with the Pistols and with Vivienne Westwood, and moved into a squat in Stoke Newington where a lot of the bands were living. It was an amazing place – maybe ten houses in a row, all the back yards knocked through and holes from house to house in the attic and top floors so that if there was a raid, everyone could move into another house. It was a community of completely ramshackle, rundown and abandoned council houses.

I started printing T-shirts and making record sleeves – the Rich Kids, Siouxsie and the Banshees, Iggy Pop – and then music videos. In 1986 I moved to Los Angeles to work on videos and then design movies such as ‘The Lawnmower Man’ and ‘The Crow’. I had worked with David Fincher on videos and hooked up with him again for ‘Fight Club’. This was a moment that reflected the spirit of the turn of the century.

The Paper Street House, Tyler Durden’s home base where the Space Monkeys live, was a complete fiction. It came first from my scouting of Detroit, where every year they had something called ‘Devil’s Night’: houses were burned methodically year after year until there were entire streets in Detroit with just single houses on a whole city block. We took this as an initial inspiration. So although ‘Fight Club’ was shot in Los Angeles, it was a kind of hybrid city somewhere between Detroit and maybe the outskirts of LA, like San Pedro or Long Beach.

The port of Los Angeles at this time decided they needed more room for containers, so they bought up ten city blocks north of the ocean and destroyed all the houses in preparation for a new container port. We moved in there and built a house – the Paper Street House, sitting on its own on a city block, inspired by that Detroit desolation. We had to script the house ourselves: the filmscript and the book only give a general description. But it was important to build a history for the house, so we invented an entire back story. We imagined it had been built by a captain of industry a hundred years ago, putting this house on the outskirts of a new city that was springing up, a beautiful old Victorian house in the countryside. His family moved in and by the time of his grandchildren and great-grandchildren, the city and the industry encroached more and more on the countryside and the house began to drop in value. The grandchildren decided they had to sublet part of the house and so they put in a second staircase in the early 60s so they could sublet the back of the house.

As time went on, the house continued to decrease in value, the family moved out, squatters moved in and the house became very decayed. Fires were set in the living rooms and in the hallways and then eventually security moved in, kicked those people out and put a fence around the property. Then the Space Monkeys moved in and started making soap.

All that history was designed for very specific reasons – first of all because when you’re designing a film you’re running a complex crew of people, from 20 up to 200, who are building all the components. They need a lot of information to do their work. The carpenters need to know what they’re ageing. The designers are designing the Victorian architecture and the functionality and layout of the building. The paint crew needs to know exactly where to age and what to age. They need to know about the history of the house so they can put in the fine detail.

We have wallpaper from five or six different periods layered one on top of each other, we have fires set in the hallway that they know they can age. They know the windows are blocked up and they know for how long they’ve been blocked up. They know the 60s conversion was a later addition, so it’s less aged. The deep beautiful scenic work by the artist, Tom Brown, and his team builds up in layers and layers, based very specifically on the history that we evolved for this house. The whole arc of time is embedded in the narrative that’s carried by the architecture itself.

That’s one reason for putting in the back story. The other is – and I’m sorry for the spoiler if you haven’t see the film yet – that Brad Pitt and Ed Norton are the same character. So as the film goes on, a few things have to happen. The audience can’t know that they’re the same character. They’re talking to each other all the way through the film, but every time Marla Singer comes into the room, she has to only speak to one of them. In fact, she only ever sees the Ed Norton character, and so the Victorian house allowed us to have a servant’s entrance in every room.

The 60s conversion gave us another staircase and access to the house, and these layers of narrative allowed us to play out this French farce where, without the audience realising it, every time Marla walks into the room, Brad Pitt leaves the space. And then the moment she walks out, Brad comes back and carries on the conversation.

The elaborate narrative architecture has to be supported by an elaborate architecture of the house itself. The house was built in several parts. The exterior I mentioned in San Pedro or Long Beach was a façade. You could enter, come up the stairs, open the door, move into the hallway and the kitchen. The kitchen needed to open out into the back garden where they were growing the herbs for the soap, so we needed entrances and exits, but when you turned around and looked back into the house from the kitchen, that was a replica set built on stage that gave you a view of all the other rooms in the set that are all built on a stage: on one stage the ground floor, on another stage the upstairs, built on a platform so you could have the two staircases going down. Then on another stage the basement that needed to be flooded, which we built in a waterproof container.

It’s an elaborate piece of machinery that hopefully is taken as a completely natural part of the narrative, an existing house in a completely fictional city with a completely artificial device driving it, in order for this very complicated story to take place. And all those paint textures and the flooding of the basement and the decay and the layers of wallpaper and the boarded up windows and the phones that don’t work and the power that goes out, all of that really came directly out of my experience in the squat in Clissold Road in Stoke Newington, all those years ago while I was at Central and printing T-shirts for Vivienne Westwood.