Asked about his slogan “I miss my pre-internet brain” in an interview for the FT, the artist Douglas Coupland observed: “I have been rewired in the last 10 or 15 years. I remember what I used to do. I remember doing it. But what it felt like, I don’t remember. I think I’m not alone in that.”

That disconnect for pre-millennials is highlighted when you enter the magnificent Barbara Brown exhibition that opened at The Whitworth last week. It’s not just Generation X that may find it hard to imagine how these designs could have been conceived, never mind rendered, in the pre-digital age. Those who were there at the time and have since gone through the Coupland re-set, marvel just as much. 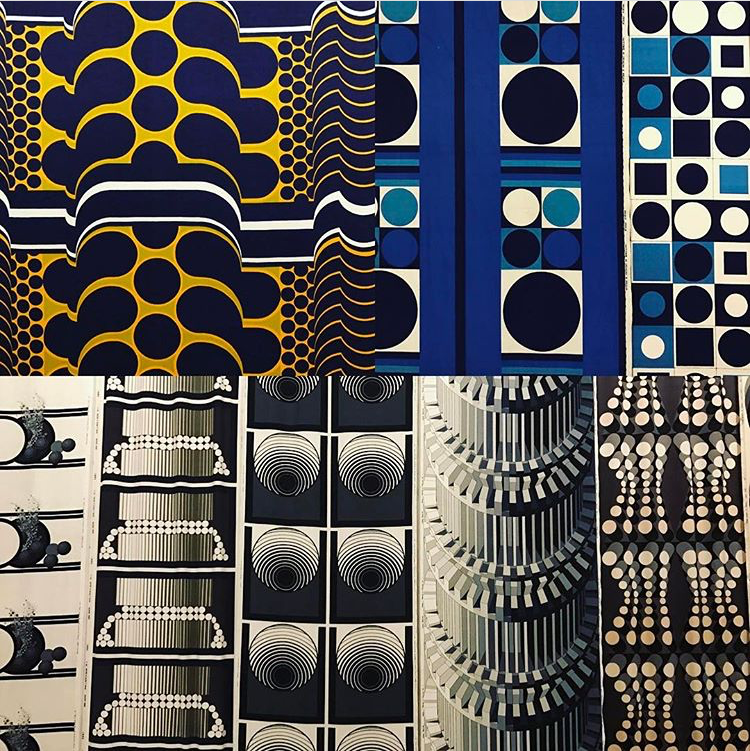 Yet the designs are unquestionably of their age, without having lost their pertinence. They are grouped to illustrate Brown’s progression through the period, from organic plant-like patterns to vibrant graphic shapes and then to op-art explorations speaking of Sixties art and style. Yet as she strips away figurative representation, adds vibrant colour and then takes it away to stark monochrome, the emotional content and humanity evident in the organic early designs remains, as evident in the most reductive geometric patterns as it is in the organic origins. Even in the context of The Whitworth, with its world-class textiles collection, this exhibition is outstanding in every respect and a worthy successor to the equally brilliant Tibor Reich exhibition last year.

Jennifer Harris, the recently retired Deputy Director of The Whitworth who originated this milestone show, revealed it is not Barbara Brown’s first outing at the gallery: she participated with two other young artists in a group exhibition in 1962, just three years after she was spotted while still at the Royal College of Art by Tom Worthington, who commissioned her to design for Heal’s. Placing such early career designers in the gallery speaks of The Whitworth’s historic role as a documenter of a living industry, and as an incubator, not merely a repository, of emerging talent. The current WYC ‘And Now We Are Plastic’ exhibition – part of the Paul Hamlyn Foundation-funded Circuit scheme – shows it remains open to that, even if the living, contemporary textile industry has featured less in recent years. 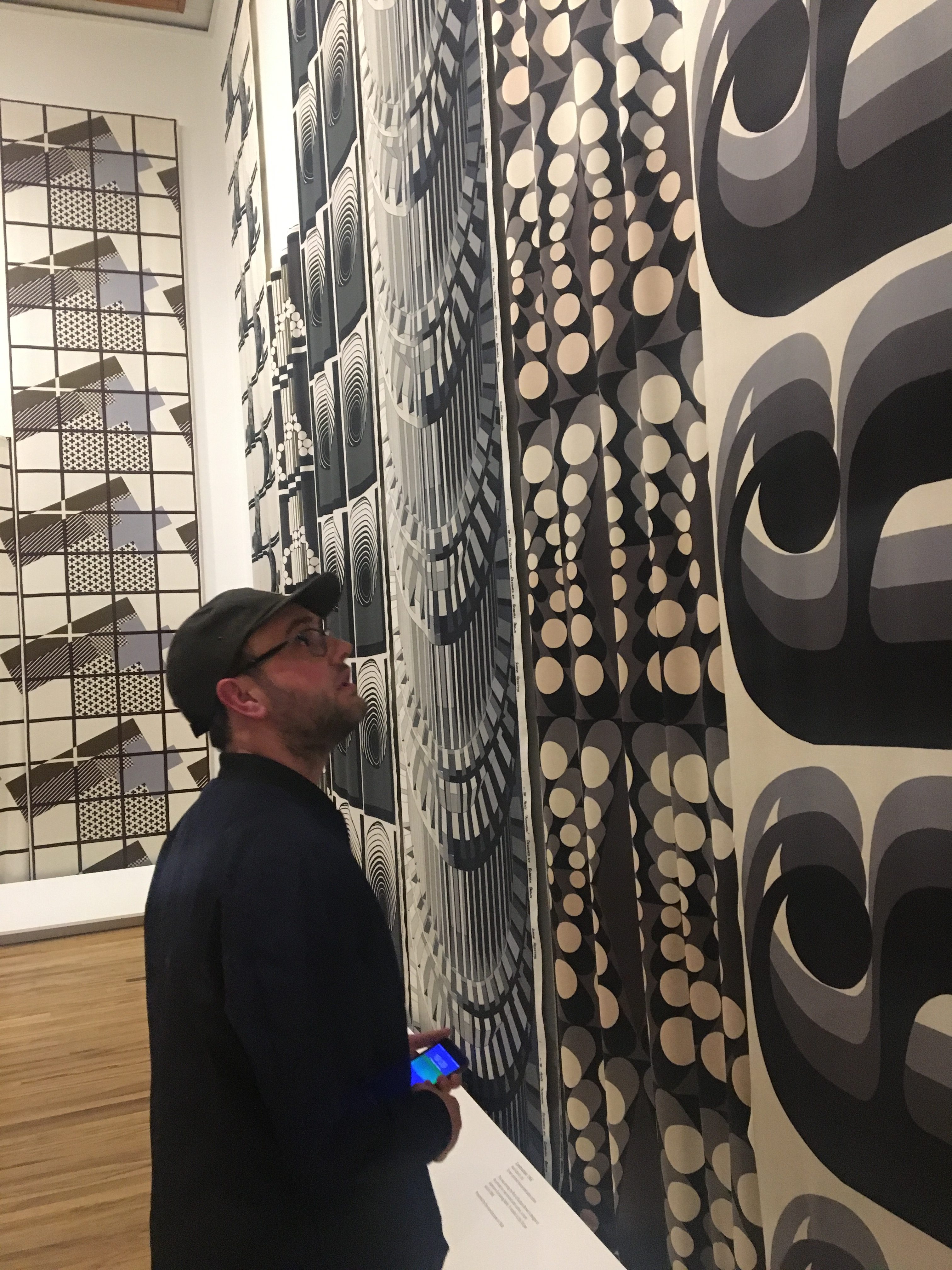 That story, of design and the textile industry, is one we’re exploring with Design Manchester this year. The textile industry was a driver of wealth and growth in the north west for over a century. Manchester School of Art was founded in 1838 for the express purpose of supporting it by nurturing new talent. Those world-class skills in design education and making have remained even as the industry declined over the last half century. Today there is growing evidence of green shoots based on innovation, digitalisation and specialisation. Manchester School of Art has a thriving textiles department combining traditional skills with cross-disciplinary research. Lorna Fitzsimmons, who led the Textiles Growth Programme and the Alliance Project, brought substantial new investment to Tameside to create a production centre of the future in one of the traditional mills. The success of quality brands like Private White V.C., and also of online fashion retailers like BooHoo and MissGuided, confirm Manchester’s return as a centre of design, manufacture and commerce. The Fashion Forum on ‘Age’ organised by Manchester Fashion Institute earlier this month heard ideas from students in Manchester and Helsinki about age-inclusive fashion design, connecting not only with these new opportunities but also with the Age-Friendly Manchester thinking explored in our New Generation workshops last year. 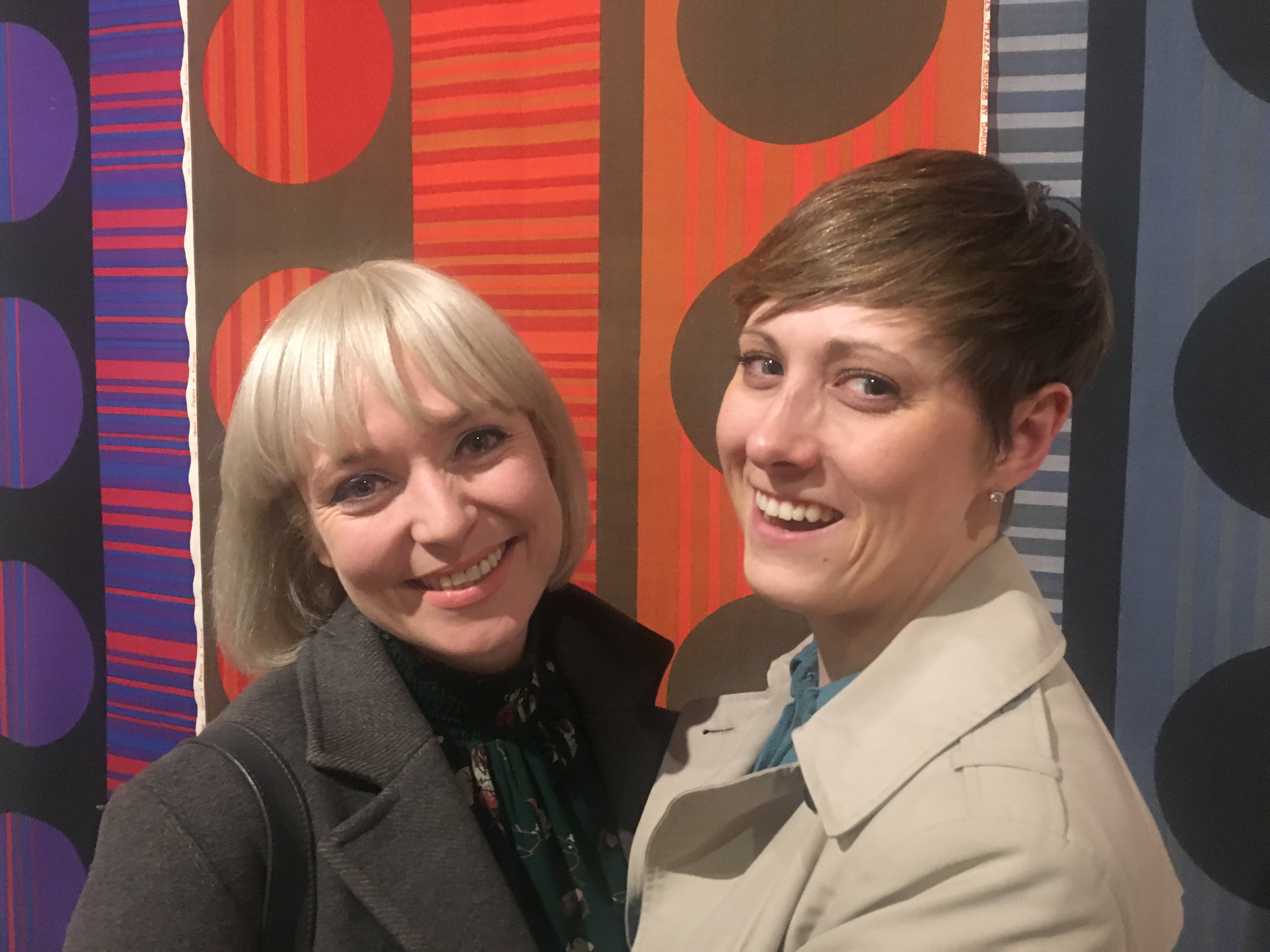 Barbara Brown: The golden girl of Heal Fabrics in the 1960s & 1970s runs at The Whitworth until December. We will soon announce an exhibition of another world-class textile designer, to open at Manchester School of Art during this year’s design festival, which takes place from 11 to 22 October, alongside a programme of workshops and events exploring the opportunities and challenges for design and the creative digital sector in the region. There could be no better starting point for our textiles story this year than partnering with the Whitworth to promote this exhibition.

Go. You won’t regret it.